You can sign up for free as an organiser to add your own events or as a community member to add any event that you'd like to see on the calendar. As a dancer you can use the location-aware calendar to find Tango opportunities locally or where ever you might be travelling.

It is free & open to everyone! Please join, share with others & get involved!

Tango Timetable is a community dedicated to helping dancers share & discover Tango events around the world. Find out more! 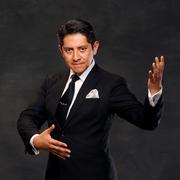 I began my tango apprenticeship in 1998, in Tango Salon, Tango Stage and Argentine Folklore in the north of Argentina.

I dedicated myself to developing knowledge of social tango which motivated/inspired me to study and develop resources for teaching tango for different age groups, levels and styles. Thus, in 2000, I began teaching social tango at cultural centers in the city of San Salvador de Jujuy, and since 2007 I was also DJ at my own milongas, organizer of tango competitions and organizer of tango events with international tango dancers.

In early 2013, I moved to Buenos Aires, where I have continued learning, practicing and studying tango in all its aspects.

In 2014, after having been amongst the semifinalist at the Tango World Championship several times, I finally reached the Final of the World Championship of tango in Buenos Aires. After this success, I started traveling with my former dance partner Veronica Rue. Together we traveled to Europe, Asia and Latin America, teaching and sharing our knowledge of tango and argentine culture.

This organisation does not have any upcoming events registered at the moment.

Do you know of one? If so, please add it so that more people can find it!

There are no comments.

Tango Timetable is dedicated to helping members of the Tango community discover and organise events.

Our calendar provides a local view of events anywhere in the world powered by location based searching. So if you want to find out about events in your area or the next place you are travelling to, go have a look!

Tango Timetable allows you to register your organisation and manage your events for free. Build your community by sharing your events for Tango dancers everywhere to find and enjoy.

Look ahead to see upcoming events in the community and plan the perfect timing for your events to maximise attendance.

Feel free to check out the events on the calendar above and, if you'd like to contribute to the community or organise your own events, Sign Up for free.